Blog
You are here: Home1 / Blog2 / Guest Appearances3 / On the quest for the theory of everything | Sabine Hossenfelder, Eric Weinstein,... 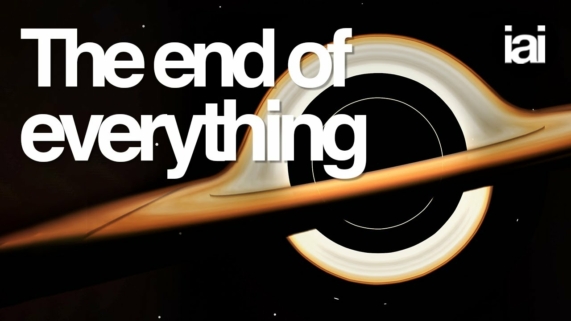 Should we abandon the dream of a theory of everything and see it as an illusion born of hubris? Is the mistake not with the idea of a full explanation, but with the idea of ‘everything’, or as the Greeks would have said ‘the One’? Or is it just possible that as Stephen Hawking once believed a theory of everything is just round the corner? World-leading string theorist Brian Greene, famed historian of science Michael Shermer, ground breaking particle physicist Sabine Hossenfelder and radical mathematical physicist and podcast host Eric Weinstein lock horns over whether it’s possible to find a theory of everything. Astronomer Royal for Scotland, Catherine Heymans, hosts.

Sabine Hossenfelder is a research fellow at the Frankfurt Institute for Advanced Studies, author of Lost in Math: How Beauty Leads Physics Astray and regular contributor to Forbes. She is known for her popular YouTube channel Science Without The Gobbledygook.

Eric Weinstein is an American podcast host, managing director of Thiel Capital, doctor of mathematical physics and member of the “intellectual dark web”.

Brian Greene is renowned for his groundbreaking discoveries in superstring theory and best-selling books. He has been chairman of the World Science Festival since co-founding it in 2008.

Michael Shermer is a famous science writer, historian of science, founder of The Skeptics Society, and editor-in-chief of its magazine ‘Skeptic’.

The Institute of Art and Ideas features videos and articles from cutting edge thinkers discussing the ideas that are shaping the world, from metaphysics to string theory, technology to democracy, aesthetics to genetics.

American Alchemy – Eric Weinstein Wants to Get Off This Planet

Into the Impossible – Eric and Lee Smolin on Theories of Everything