Blog
You are here: Home1 / Blog2 / Guest Appearances3 / What Bitcoin Did – Eric Weinstein on Bitcoin 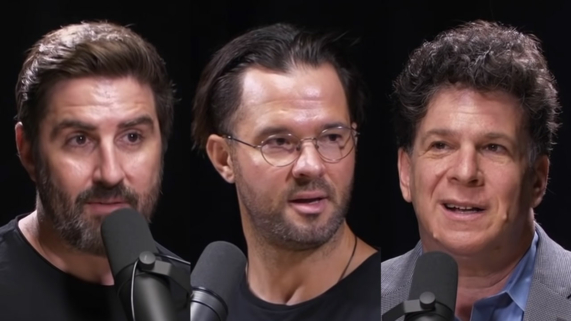 Eric Weinstein on Bitcoin was a discussion on What Bitcoin Did by Peter McCormack, with co-host Travis Kling and guest Eric Weinstein.

Bitcoin can be a toxic place. If you question a narrative or fall on the wrong side of a debate, you will quickly find yourself on the receiving end of the ‘bitcoin plebs’, and rarely a day passes without a fight of some kind exploding on Twitter.

Earlier this year, Eric Weinstein found himself amongst a heated discussion after challenging the narratives of bitcoiners across Clubhouse and Twitter.

Eric is a cultural commentator who has been aware of Bitcoin since as early as 2010. Whilst supporting Bitcoin and the community, he does not consider himself a bitcoiner.

In this interview, we discuss Bitcoin maximalism & toxicity, Elon Musk and whether Bitcoin fixes everything. My friend Travis Kling joins me as co-host for this episode.

Bitcoin, Austrian economics, and the future of blockchain technology | Eric on CoinDesk

BRIAN KEATING & ERIC WEINSTEIN | Bitcoin and the Future of Wealth

What Math and Physics Can Do for New Economic Thinking