Blog
You are here: Home1 / Blog2 / Essays3 / The Raison d’être for Long-form Podcasting 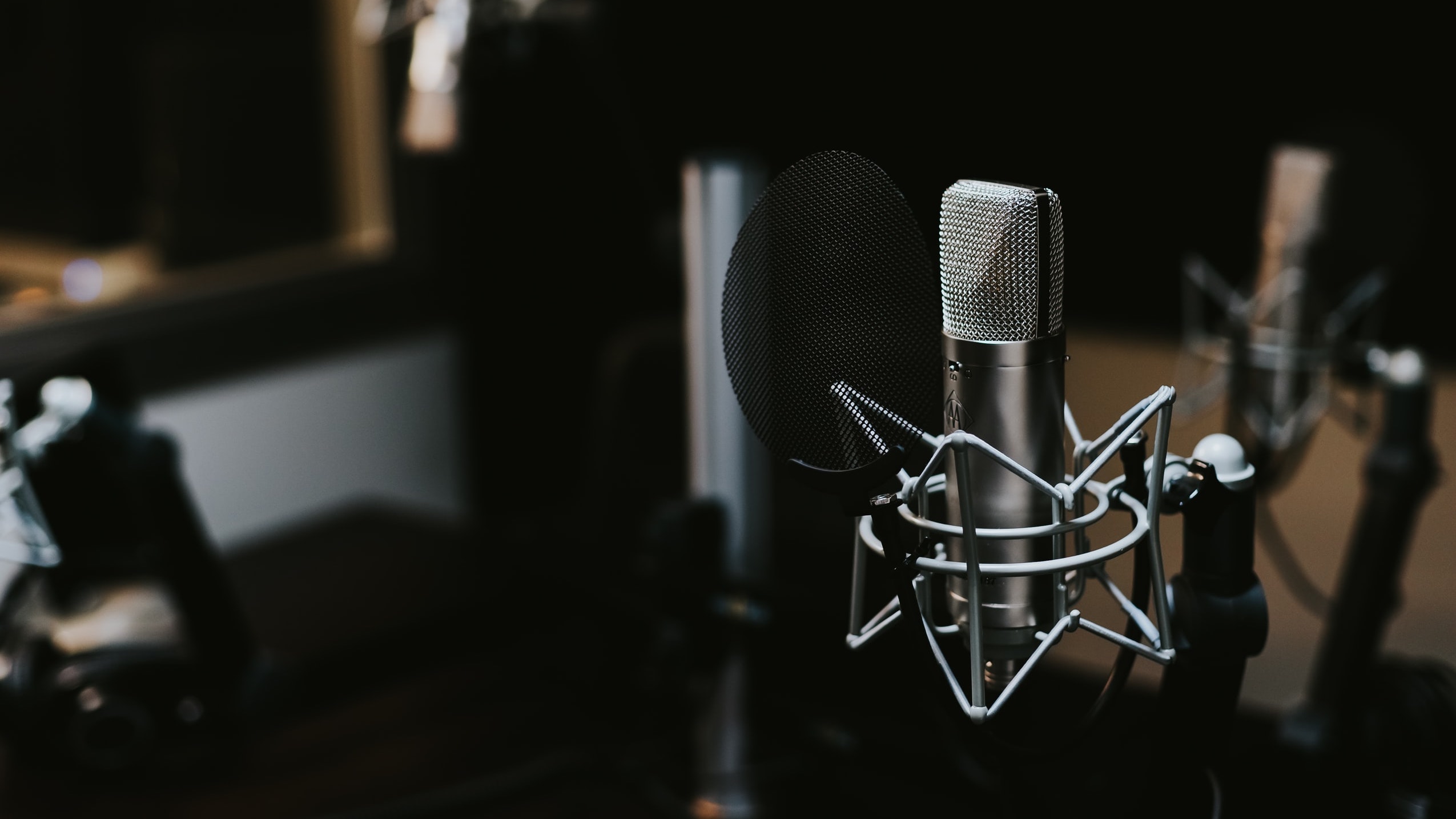 This essay appears in audio format at the beginning of The Portal Podcast, Episode 32.

Hello, this is Eric with some thoughts before we get to this week’s main conversation. What I want to talk about initially this week is the real raison d’être for long-form podcasting as I see it. I would like to think that all listeners to this podcast understand the very real danger that cranks and crackpots pose to our society when they are not recognized as such. The idea of visiting a witch doctor, faith healer or tarot card reader to treat your infection with the Coronavirus hopefully sounds insane to you. If it doesn’t, this likely isn’t the podcast for you, as I’m just going to assume here that such actions are a priori crazy. You’re probably fairly able to spot many such charlatans easily from their bizarre behavior patterns, which do not bear a moment’s scrutiny. But what about people who have more complex presentations?

Over the past couple of weeks, I have been asked multiple times every day what I think about Stephen Wolfram’s supposed announcement of a theory of everything two weeks ago, on April 14. I thought, perhaps, I would take this opportunity to clarify I do think. The short answer is that I don’t think that this is what happened. I think he announced a program in line with previous investigations of his into the properties of cellular automata, where simple computational rules result in output of unexpected intricacy, richness and beauty. If you have ever toured the famous Mandelbrot set, played the late John Conway’s Game of Life, studied Go, or even played Cat’s Cradle with yarn, you’re familiar with this phenomenon of explosions of unexpected structure from minimal assumptions.

My interpretation of Wolfram’s announcement is that he believes he has a research program that will one day show that the richness of our world can be found to result from a specific computational rule that his team will be able to locate using tools of modern computing. I’m happy to be wrong if this is not what he announced, but that’s what I gleaned, after a short look at some of the video and materials that he released. It looks to me like a program to search for a final theory, rather than something close to a final theory.

The next two questions, however, are often where things become complicated.

Question 2 can be phrased as something like, “Why do you suppose he doesn’t simply write a paper and submitted for peer review?”

The short answer to Question 2 is, I think, like many other experts, he lost a good deal of faith in the ability and willingness of the community of theoretical physicists to fairly judge, in good faith, new idiosyncratic work via an anonymous and unaccountable system, which is always ripe for abuse.

As for Question 3, the simple answer to whether or not he’s a crank has been: I’m not going to dignify your ugly question with an answer. Theoretical physics, you see, at its absolute highest levels, has been in some strange state of advanced crankiness for decades. But what does it really mean to say that the mainstream and leadership of a field are cranky? Can the mainstream truly be fringe? Wrong, perhaps, but “fringe”, in some sense, means both distant from the center and wacky. There is no concept in English of which I am aware for a group of experts promoting a prima facia insane perspective from the highest positions of trust, expertise, and leadership. Stephen Wolfram, in my opinion, is far less nutty than the arrival of new high energy physics preprints that are posted daily on the so-called Arxiv server, used by all leading theorists. A quick review on any given day chosen at random reveals that these papers are generally not in any way tied to particles, forces, dimensions, or symmetries that have ever been seen in any experiment. They are not actually high energy physics theories at all, because they are not tied to any energy scale, they aren’t attempting to understand the physical world, and they aren’t even theories, so far as I can tell. As far as high energy physical theory, that would be zero for three, and beyond pathetic. What they really represent are the mathematical explorations of fragments of long ago exhausted dreams for unification, now 20 to 50 years past their due date.

This is why we need a new concept, which I have called the Knarc. Aside from being Swedish slang for hard recreational drugs, it’s also the word “crank” spelled backwards. You can think of the two meanings as being related by virtue of the fact that our central institutions are almost all growth-dependent structures, now increasingly dominated in our low-growth world by leaders addicted to desperate measures to cover for their lack of competence, progress and honesty. Quite simply, the mainstream may still be tautological at the center, but it is often no less wacky than the fringe that it denigrates.

Think about it. President Donald Trump is a good example of a Knarc freestyling about getting disinfectant inside the body to kill COVID from the presidential lectern, and then lying about it, claiming it was sarcasm when he was caught. The Surgeon General, the CDC, and the WHO are all Knarc organizations for giving deadly, faulty, and transparently self-inconsistent recommendations on the use of facemasks, to say nothing of our friends in the People’s Republic of China, who are blatantly lying about all aspects of the COVID epidemic, so far as I can tell. Joe Biden, Trump’s likely opponent for perhaps the world’s most demanding job, is a Knarc for running when he should be retiring, given embarrassing signs of mental decline, and his constant inability to remember what he’s talking about from moment to moment, with alarming frequency for a mere septuagenarian.

Once you have a concept of a dependably crazy bipartisan center, ignoring reality to quickly extract as much as possible from the accumulated wealth and credit of civil society before the bills all come due and are sent to the next generation for payment, you realize that if there are any reliable experts left, you would expect them to be straddling the worlds between the central Knarcs and the cranks of the fringe. And this gets to the difficult problem we now face, but which we cannot face up to: the coming total collapse of authoritative sources.

You will notice that Wikipedia’s history of surprisingly high quality comes from an insistence on using reliable published sources of information as primary material. But don’t take it from me—in Wikipedia his own words, “If no reliable sources can be found on a topic, Wikipedia should not have an article on it”.

In short, when reliable sources cannot be found, communal sensemaking breaks down and comes to an end. In my lifetime, I have seen the universities, the scientific journals, the papers of record all succomb to the political economy of perverse incentives in a low-growth world. Said differently, we now run the risk that if previously reliable, published sources, which prided themselves on a goal of objectivity, become captured by political incentives, secondary structures like Wikipedia will begin to degrade and unravel as a result.

Thus, we can—formally, at least—understand the logic of the CEO of YouTube, when she tells us that she must remove videos that contradict authoritative sources to protect the public health during a pandemic. But when she tells us that the World Health Organization is such an unquestionable source, we must, by the same logic of public health, actually consider whether YouTube should be nationalized, given that the WHO appears to be in thrall to mainland China, and unable to acknowledge the existence of Taiwan’s efforts to control the virus, while they continue to spout nonsense about the transmission of the virus, and PPE.

A free and advanced society must question the now unreliable WHO, and do so vigorously and ferociously, whether or not YouTube and its parent company have continuing business interests involving East Asia. Of course, the idea of nationalizing YouTube because its CEO is chilling a conversation that needs to take place in the middle of a geopolitical health crisis is a confusing issue. Yet who can deny that she is blatantly exercising the privileges of a publisher, while retaining the legal protections of a platform? One senses immediately that it is a conversation that cannot take place within a framework of thoroughly nutty, yet central institutions that share a common interest in being spared difficult questions, particularly as regards Communist China. On the other hand, figuring out how to make it impossible for Google, YouTube, Twitter, Facebook and other publishers to exercise editorial control, while posing as platforms, is an essential conversation that must not be handed off to cranks, trolls and crackpots.

The lacuna that has opened up between the cranks of 4chan and the comparably nutty Knarcs of the great boardrooms lying and colluding to protect their empires from oversight, clawbacks, and regulation is therefore of utmost importance.

And this is where we find long-form podcasting. By getting to know an individual host with all of his or her strengths and weaknesses, we have some hope for a new form of semi-reliable media. This sector may not yet fact check as regularly as the New York Times, but it is less likely to credulously quote the ridiculous China COVID statistics, Epstein autopsy report, or WHO mask recommendations. It is also more willing to take on the perverse incentives destroying the credibility of the platforms, elected representatives, scientists, universities, hospitals, and other previously-trusted institutions.

I wish I could say that this was because of something intrinsic to the medium, but really it is because of this: long-form podcasting is something new. There’s still room for growth, and it is still difficult to control. As long as those two features hold true, the sweet spot for sensemaking is likely to be found in long-form podcasting, which lies in a no man’s land between the cranks and the Knarks. It’s not perfect, but it’s the best we have a very difficult moment.

Secular Stagnation & Why It Matters – Peter Thiel
Scroll to top