Blog
You are here: Home1 / Blog2 / Essays3 / The Virus and Its Curious Relationship to the Future 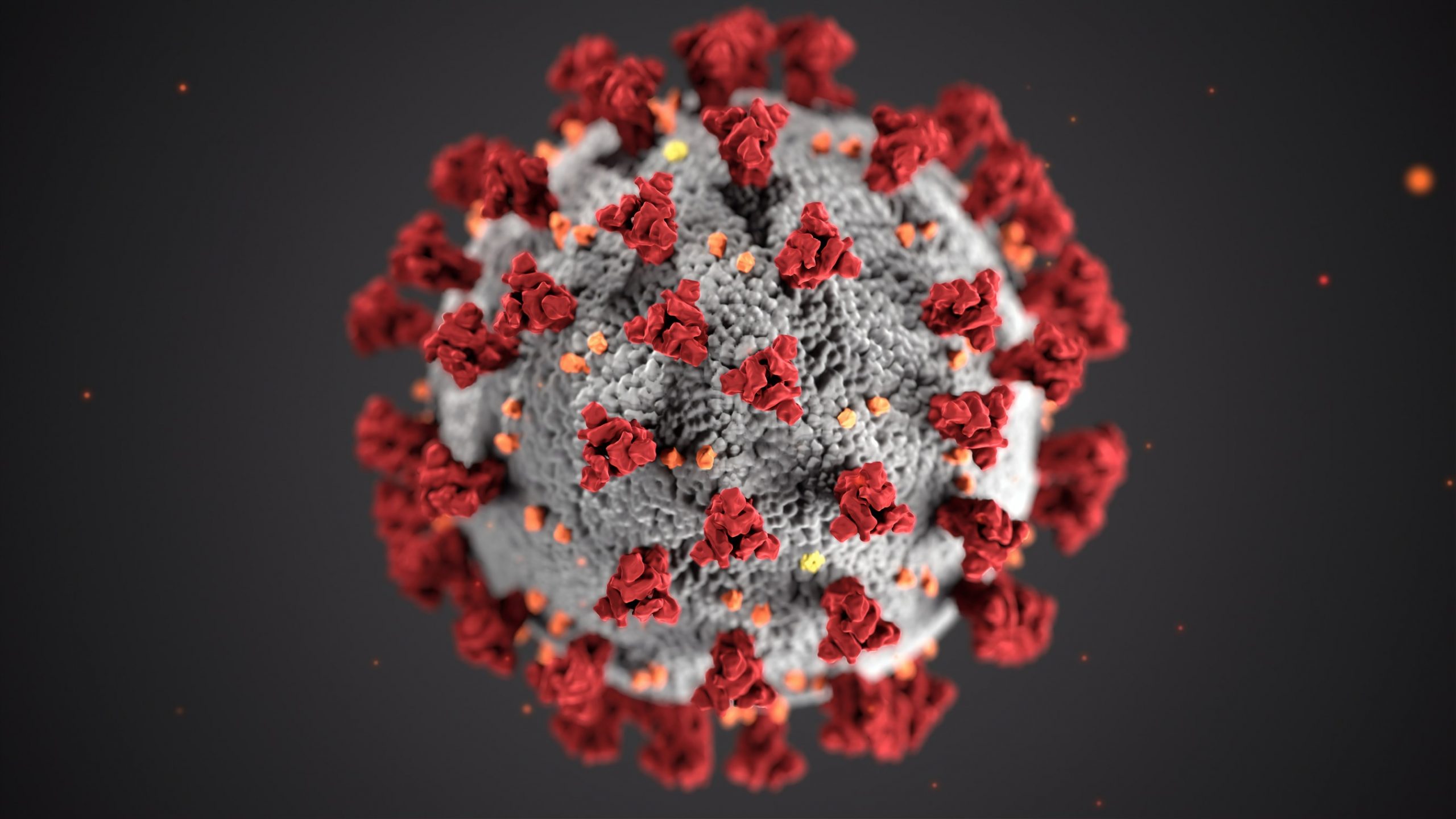 This essay appears in audio format at the beginning of The Portal Podcast, Episode 31.

Hello, this is Eric with a few initial thoughts before this week’s episode. First, I want to briefly discuss a pair of mistakes and omissions on my part. To begin with, we released a Portal Special Episode recently about a speculative theory of physics called Geometric Unity, which was partially recorded on April 1. We did this so as to make use of the opportunity to attempt to repurpose the tired and increasingly irritating April Fool’s tradition, of which many of us have grown bored. I had intended to single out and call particular attention to a man who is very important to the Geometric Unity theory, as well as The Portal Project itself. This is a man I think of as my uncle and who means the world to my family, Michael W. Brown, a former farmer and commercial fishermen who became the CFO of Microsoft and then the head of the NASDAQ.

Years ago, during the financial crisis, Mike invited me and my family to take over his two small islands in the Puget Sound archipelago and lead a renegade research-oriented science camp. We did this every summer there for many years, and these islands, now under new ownership are in fact the origin of the so-called “Double Island Rules” that we discuss from time to time, which allowed us to get past issues of ego and miscommunication between intellectual and domain specific silos.

In any event, we, that is, I rushed to get the episode out for April 1, and in my haste, I forgot to include the segment of special things due to Mike for a level of generosity, wisdom, selflessness, risk taking, leadership, and brilliance that honestly I’d previously only seen in movies. I will try to have Mike on The Portal at some point. But I wanted to say that his unwavering support of scientists attempting to work outside of and around traditional channels in physics, biology, economics, and other subjects, has been nothing short of inspirational to me. So Mike, if you’re listening out there, please come through The Portal. These are dark times, indeed, and we still need great leaders like you to remind us all of how it’s done.

Additionally, as someone who probably does not listen to a broad enough smattering of podcasts, I think I inferred from listening to Sam Harris’s episodes that it is typical to begin a podcast with a section entitled “housekeeping”. I now realize that that may be an iconic aspect of Sam’s podcast, just like Dave Rubin’s “Direct Message” is iconic to the Rubin Report. If so, I apologize and we’ll call this first segment something else. Color me chagrinned for engaging in the sincerest form of flattery here without knowing any better.

As for what is on my mind this week, it is this: the virus and its curious relationship to the future. For the last month, I’ve spent nearly all of my time at home with my family, and many of the better thoughts I’ve been exploring during this time are due to my collaborator and wife, Pia Malaney. Pia is the economist who currently runs SIGS, the Silicon Valley Center for Innovation, Growth and Society, which she cofounded with INET, the Institute for New Economic Thinking. Very early on, I was fumbling to try to understand the most likely effects of the virus, and she said something clarifying, which I wish I had repeated to you all when it was fresh. She said, “I think, in a way, the virus can be thought of as representing the future.” I don’t know, maybe I’m dense, but I didn’t catch it the first time, so I asked her to clarify. She was surprised that this wasn’t obvious to me, so she spells her position out.

“Think about it this way: take all of the seemingly varied issues we discussed constantly over the dinner table and at conferences.”

“All of them?” I replied, with a slightly teasing voices, as I assumed she was speaking with hyperbole.

“Why, yes, pretty much all of them,” she said brightly, and without an ounce of self doubt in a voice that I have learned to fear over many years of collaboration, she continued, “Let’s start with surveillance, monopolies, automation, telecommuting, next generation warfare, UBI, future of work, the retail apocalypse, online dating, antivaxxers, the student debt crisis, supply-chain vulnerability, green tech and climate change, urban homelessness, college equivalency certificates, biohacking, the retreat from globalization, collapse of mainstream journalism, Chinese ascendance, social engineering, Saudi monetization and the move away from fossil fuels in the kingdom, inclusive stakeholding, political realignment and the problem of gerontocracy and the end of naive capitalism underpinned by U Chicago style economics, in fact, pretty much all the things we’ve used the center to explore.”

“Well”, she continued, “you know that tired tech expression, ‘The future is already here, it just isn’t evenly distributed’? Well, this virus is accelerating that unifying future that was already headed our way across the board.” And, recapitulating that moment where agent Qian drops the Kobayashi coffee mug in The Usual Suspects film, a forest spontaneously emerged for me from the confusion of the trees I had seen previously. All of these seemingly disparate phenomena were suddenly revealed as closely related. Americans were actually calling for their own surveillance, only they were calling it contact tracing. The Retail Apocalypse, which had been building slowly, suddenly became a matter of a government decree, creating an ever more imposing monopoly for the world’s now richest human. He, in turn, owns and controls the only paper to take down a US president, consolidating control over a sensemaking apparatus. Most supposedly essential face-to-face office work was revealed to be illusory, as easily-monitored and recorded telecommuting replaced the high carbon commute. The demand for fossil fuels, in turn, evaporated, pushing oil futures into radical states of contango. Social distancing solved the problem of unwanted “Me Too” toxic male touch, and sexless zoom dating put the hurt on Netflix and chilling. Indeed, nearly UBI like payments were going out to newly unemployed former workers who were expected to sit at home on couches, as universities effectively all but confessed that they could deliver the same value through distance learning by not rebaiting extraordinary tuition. China, through an emasculated World Health Organization, seemingly began inducing our own U.S. institutions, like the CDC, and Surgeon General’s office, to impart deadly magical thinking to Americans about the ineffectiveness of masks for healthy people. This all came as if some kind of twisted revenge for the Boxer Rebellion where Chinese believe swords and martial arts made them invulnerable to Western high tech warfare.

Spontaneous protests broke out in cities across the country, as mass protesters fought mysterious rules that communicated that one may not peaceably assemble in Congress addiction to the First Amendment. We were also not allowed to contradict public health authorities, who are clearly covering for a level of Baby Boomer and Silent Generation incompetence to keep the manufacturer and storage of essential goods and services within national boundaries and out of the hands of strategic rivals, who think nothing of blatantly lying to us in matters of life, death, and statistics.

I reasoned, however, that there were clearly too many different things happening in such a situation for the sudden arrival of the future to lack a single ideology. And so it occurred to me and to Peter Thiel as well, who I called immediately, that the two older generations of Americans, who were to duke it out in the race for the presidency, shared a single purpose. Their common goal was to stop the future from arriving at essentially any cost to future generations, so that they could live out the remaining days in as close to the style to which they’d become accustomed in childhood and young adulthood as was actually possible.

And what did they use to accomplish this? Well, it was a combination of three ingredients. First of all, it required political control. Second of all, it also needed a seemingly inexplicably indifference to the world of trouble that they would finally leave to their descendants after their demise. Lastly, it partially hinged on a reliance on 75 years of astonishingly good luck, which can partially be explained as a rational universal fear of the future, after two world wars, totalitarian atrocities, the 1918 pandemic, and the Great Depression. This is related to Francis Fukuyama’s theory of the end of history.

To this way of thinking, what was happening was simple. The magic trick of holding back nearly all aspects of our true future required all three elements to be in place simultaneously. Now nothing had changed with respect to the first two. In fact, all that it occurred was that their luck had finally run out with the COVID virus. To my generation, and the ones that followed, that past version of the post-war American dream was like a mesmerizing rumor and tale that the older generations had repeatedly and vividly wielded to cast a spell. This intimidated many of us from demanding answers and us saying our own future. If you can’t get a second home in your 30s from a paper route, a low cost education, or a life in public service, then perhaps you should wait your turn and let the elders who made it work lead for a little while longer, until the younger generations can prove that they’re ready to assume adult responsibilities.

This was a magical spell indeed, which blinded those of us who are forced to repeat “Ok, Boomer” to explain our seeming relative inability to earn and lead in the presence of elders who could out earn us in their prime. And this was even under the weight of multiple divorce settlements, or three Martini lunches, and without the extensive training and apprenticeships that we seem to require.

Well, that spell is now broken for me, watching our supposedly leaders contend with the true pandemic. The Silent and Boomer generations, lacking any kind of precedent now look like incompetent dolts. I suppose it is theoretically possible that the rest of us former gritty latchkey kids and digital natives would not fare better, but we could scarcely do worse. In fact, our elders are revealed not as go-getters or can-do leaders, but as creatures of The System, who simply held back confronting the inevitable future for decades, because its shape and form are indeed terrifying. And it wasn’t really the virus that was accelerating the terrifying future across the board. Any worldwide crisis of sufficient depth would have done it. The world has always been caught up in escalating plagues, wars, depressions and conflicts, and the Coronavirus was ushering in the future, simply because it was the first piece of early-20th-Century-scale bad luck to fall into our new millennium, characterized, as it is, by fragility.

Why the “Intellectual Dark Web” has such a crazy name