Blog
You are here: Home1 / Blog2 / Guest Appearances3 / Into the Impossible – A chat with Dan Hooper 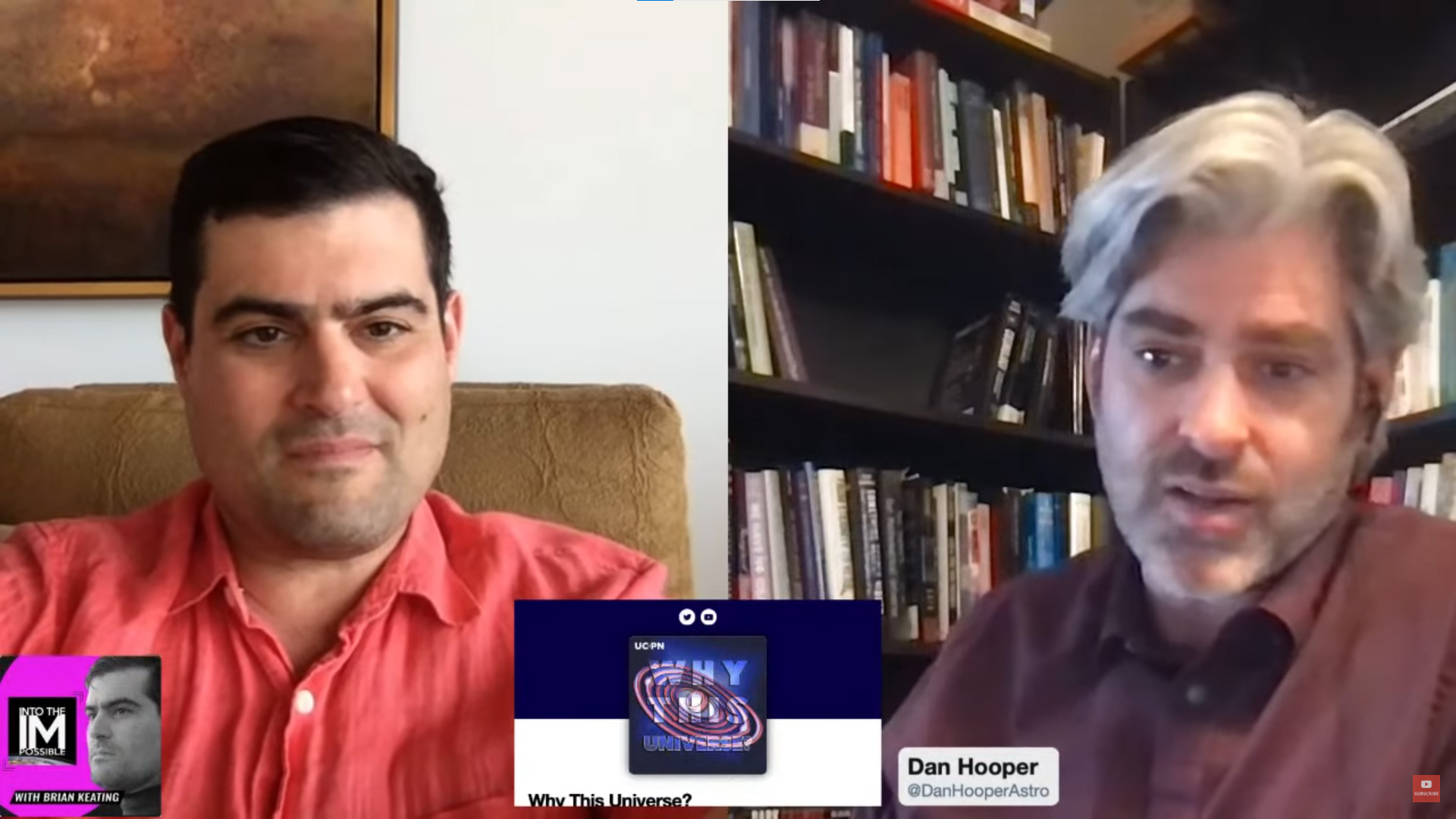 Also on The Portal Wiki.

Eric Weinstein joined via Clubhouse in the last half hour of this conversation between Brian Keating and Dan Hooper regarding Fermilab’s recent muon g-2 measurement.

As the new field of astro-particle physics rapidly develops, we are witnessing an exciting time in the history of science. In addition to the progress being made in the traditional areas of experimental particle physics (accelerator experiments), exciting developments are also taking place in the use of astrophysical experiments to study elementary particles. The most striking example of this success is the measurement of the neutrino masses and mixing angles that have been made over the last decade. Many of the questions asked by particle physicists are difficult to address with collider experiments and are being explored ever increasingly by astrophysicists. These efforts include the development of particle dark matter searches, ultra-high energy cosmic rays detectors, gamma-ray telescopes and high-energy neutrino telescopes. Professor Hooper’s research is focused primarily, although not entirely, on studying and exploring particle physics beyond the Standard Model using astrophysics.

On the quest for the theory of everything | Sabine Hossenfelder, Eric Weinstein, Brian Greene, Michael Shermer

BRIAN KEATING & ERIC WEINSTEIN | Bitcoin and the Future of Wealth