Blog
You are here: Home1 / Blog2 / Essays3 / The Importance of Taste 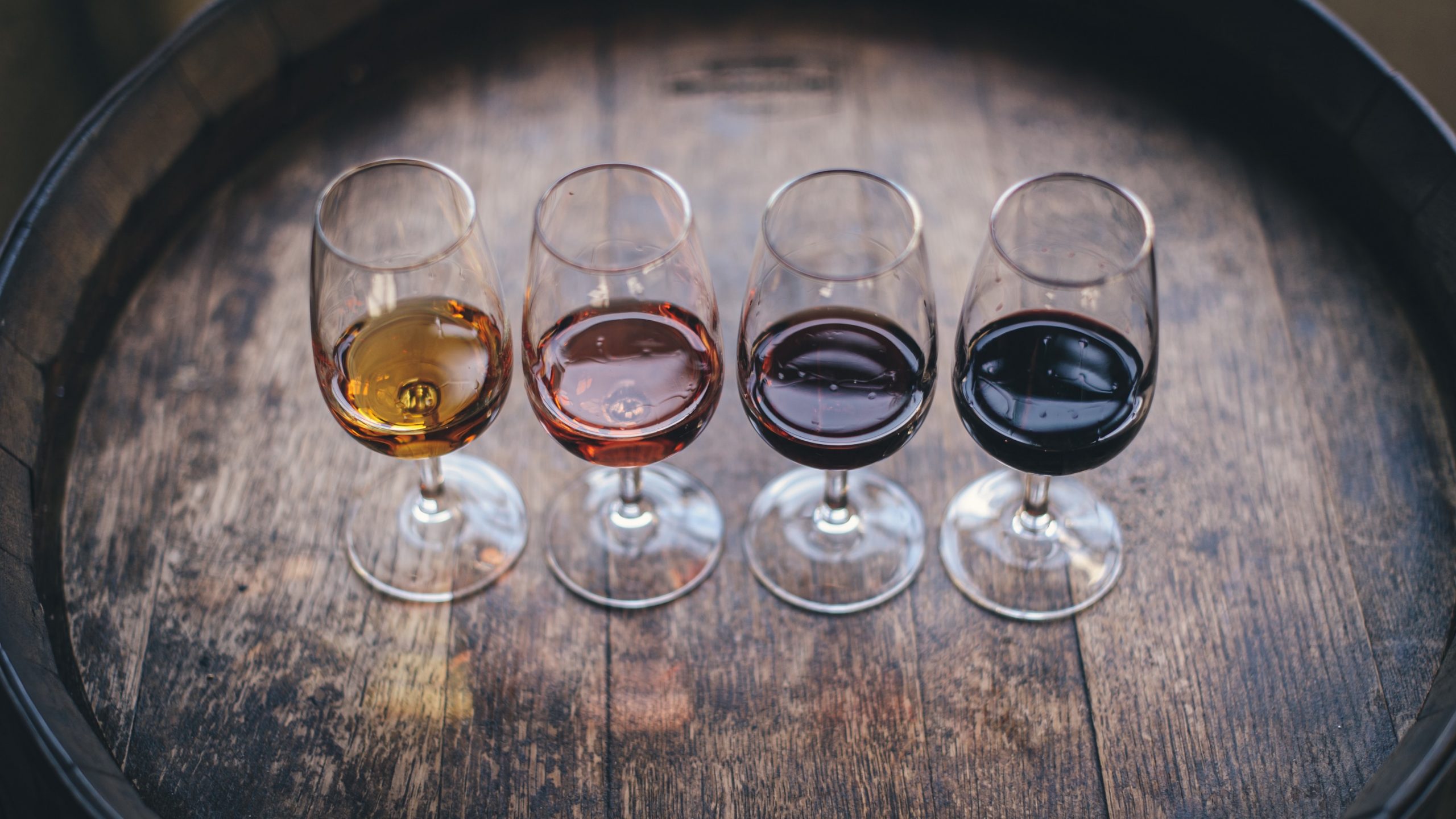 This essay appears in audio format at the beginning of The Portal Podcast, Episode 34.

Hello, it’s Eric with a few thoughts for this week. I want to talk about a topic that is surprisingly dangerous: taste. Now, taste doesn’t sound like a dangerous topic, at least to my ears. When I hear the word, I think about an ineffable quality that famously does not lend itself to discussion. As the Latin saying goes, de gustibus non es disputandum, indicating a belief that, in matters of taste, unlike matters of fact, there can be no productive disputation.

How marvelous, a quality, then, that is highly individualistic, and cannot be argued, because no one’s taste is better than anyone else’s. However, I don’t quite see it like that. Instead, I have a deep feeling of dread that, beneath all this mechanistic talk about rights and rules and laws, there’s ultimately an issue of taste at the bottom of it all. To make matters even worse, I believe that, if there is a type of taste essential to making society work, it is likely not our individual taste, but the coherence of our group taste.

In this picture, we lost a concept of group taste where many members of the leadership of a social group could roughly agree on what was desirable on behalf of society, and act upon that accordingly. When that sense of shared group taste was lost, people increasingly turned to rules, rights, and laws to govern how they should get along in the absence of shared cultural expectations.

If I hear someone screaming obscenities into a cell phone at a supermarket, for example, my first inclination is to alert the person, as they likely don’t realize that they’re swearing in front of families shopping. That is, I would be making an appeal to shared taste. But what if that person were to say to me in return, “What businesses is it of yours or anyone else’s what I yell and how loud I yell it? If you don’t want children to hear this, leave them at home”?

Well, that would alert me to the idea that we do not share a sense of taste. The immediate next question would become, what are the laws or rules governing the situation? And is there anyone here with the ability or authority to enforce them? That is a fairly serious change in orientation. One second, I think I am helping someone not to humiliate him or herself. The next, I’m looking for a security guard armed with a nightstick or firearm.

Well, this is what I am seeing more each day. We are losing a sense that our central tastes are shared, and so we are looking to control each other through the appeal to rights, rules, and laws. The hunter and the vegan may have a shared appreciation of nature, for example, that is much greater than that of the general population. But while one analogizes man to a noble apex predator like the eagle, the other analogizes our prey to other humans. Whether we choose to buy into one, both, or neither of these analogies is an issue largely of taste, which will generally determine our perspective in these matters.

Well, increasingly, I’m trying to avoid all conversations that involve our hypothetical hunter and vegan talking together. I am more interested in a conversation between two hunters, or one taking place between two vegans. At least when people agree on a basic framework built on shared taste, the conversation isn’t guaranteed to stagnate year after year into sloganeering that accomplishes nothing.

Somehow when we share our tastes with another, our conversations become symphonic within that framework. When we agree on taste, we get to play intellectual chess with each other, whereas, when we disagree, we end up in infinite drawn games of Tic-Tac-Toe.

So why do we see the internet turning civil society into an infinite sea of pointless drawn Tic-Tac-Toe style disputes?

Well, I would say the following: We have weirdly become fearful of anyone accomplishing anything, it seems. The goal of many concerned with issues of oppression and justice is to open up any discussion to the veto of the very people who would want it shut down. An atheist sees every move towards religiosity and a discussion between priests as a step towards the madness of the Crusades, while a priest might view every conversation between progressive atheists as bringing us closer to the atrocities of communism. For some reason, a concept of taste that values moderation in both our belief and skepticism has been lost even though it allows us to coexist and make progress with each other. Instead, we are now left with a shouting match, as if every recitation of the Lord’s Prayer leads inexorably to the Inquisition, and every questioning of God’s existence must lead to Stalinist show trials.

So this is my concern: when we insist on tearing each other to shreds or look to shackle our interlocutors with rules about what they can and cannot say or do, we are really looking to reestablish some concept of shared taste in a much bigger world. We want to be able to communicate that, of course, Pushkin and Tagore were much more important writers than Ogden Nash, or that Stephen Hawking was not nearly as important to physics as Dirac, without much of an argument. We are so tempted to want to communicate that between JS Bach and Weird Al Yankovic, only one of them is of timeless importance. Yet we have all learned exactly what will ensue in any open forum that is sufficiently large and diverse. You can likely hear the voice already: “Just who are you and what gives you the right to make such sweeping generalizations?”

A world that cannot distinguish via taste whether a word is being said hatefully with contempt or being used clinically incorrectly in a scholarly context, needs the childlike concept of the “N-word” to make sure that taste never enters into the discussion of George Carlin, Richard Pryor, Gilbert and Sullivan or Mark Twain.

And so this is my final thought for you for this week: Don’t be fooled into thinking that our new internet enabled world can be sorted out with mere rules. Don’t waste your lives trying to come up with laws and protocols to make everyone behave properly towards each other. At the bottom of all this, is really an issue we don’t talk about because we have become afraid to slight anyone who might be listening, and that issue is taste.

The people who are fighting against compelled pronouns, for example, may want to use those same pronouns to make someone struggling with their sexual identity in one context, feel comfortable. Likewise, the people fighting for prohibitions on so-called dead naming might really be fighting against targeted bullying, and have no real difficulty when discussing Bruce Jenner’s Olympic decathlon victory in 1976.

If there is a way forward, it has to do with communicating taste. It is important for me that we learn again to discuss and transmit issues of taste in public. The following are all statements of taste that will offend those of you who find all such public discussions insufferable, but I think it’s important that we, again, try to remember that taste is one of the most important things we can transmit.

So, you may ask, why engage in such non-political statements of taste at all? Well, because I believe that daring to transmit the gift of taste is one of the most important acts of trust in which we can engage. When you share your well chosen tastes with others, and they take hold, it allows your group to progress beyond basic conversations. It allows you to stop engaging in framing wars and to start listening to each other. But perhaps most importantly, if the taste is well chosen, it allows the recipient not to waste time chasing meaning and truth down all of the blind alleys, which radiate out from every direction in a young life.

And so, I thought I would experiment by leaving you with a small number of value laden statements representing my tastes in areas in which I think many of you may disagree. Unlike the ones above, I would expect these statements to engender a fair amount of pushback. And I have roughly the same level of conviction about them, so I thought I would try to share them at scale to see what happens when you ask people to rely on shared taste and reasonability rather than rules and rights. Here are five points of taste, which I think are all on fairly solid ground, but I think maybe upsetting to some people.

A. Don’t waste too much of your time trying to solve old problems like free will versus determinism, or pro-life versus pro-choice or the existence versus the non existence of God. If you want to think about these things, think about them as entertainment, and compute their considerable opportunity costs as part of your entertainment budget. If you want to be more productive, however, instead ask why these well-worn positions so regularly fight to reliable stalemates, and start from that perspective instead.

B. The reason that a 74-year-old has never run against a 77-year-old for the presidency of the United States is that every previous generation knew that this is preposterous, given how demanding the job is. The fact that this is not leading to a protest movement, demanding better, younger, and more technically adept candidates is indicative of just how far we may be slipping in the United States towards being a failed state. There is simply something both mysterious and wrong with just how little the Silent and Baby Boomer generations, in general, are focused on the well being of their own children and grandchildren, as well as the world that they will leave after they’re gone. And there is not time to study, understand, explain, or fix this problem. Thus, they should not be mined repeatedly for leadership from their established pools of wealthy and powerful figures.

C. Modern social justice has become an insane movement seeking to end run logic, science, due process, and rule of law. That said it does have some merit to it and thus its objectives cannot and should not be ignored. However, it does not have enough merit to want to undo all of our sense making abilities.

D. You should engage in activities that are unforgiving, like rock climbing, violin playing, stand up comedy and improvisation, jujitsu, STEM subjects, etc., where feedback and reward can usually be measured without recourse to expert opinion. This will train you to see the world as it really is, and how far the world of institutions and experts has deviated from reality itself.

E. Stop trying to constrain each other by insisting on your rights. Taste is more important than laws in the affairs of men. There are many issues of taste that don’t need to end up as a hard rule requiring brutal enforcement. If you’re in any of the countries with the largest audiences for our podcast, you are far better served by working to return your country to a working and mid-sized modern moderate government, built on strong national identity, with modest immigration, than you are by fantasizing about some new utopian concept that will never really work in reality.

The Portal Podcast #005: Rabbi David Wolpe – So a Rabbi and an atheist walk into a podcast…

Is Jeffrey Epstein Connected to Academia?
Scroll to top