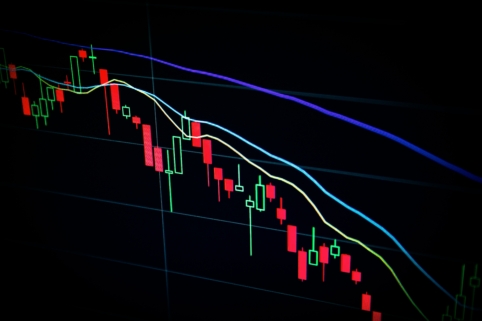 This essay appears in audio format at the beginning of The Portal Podcast, Episode 33.

Hello, this is Eric with a few thoughts to share that have been on my mind this week before we get to this episode’s conversation. I want to share a line of thinking that many of you initially may find somewhat unsettling. Nevertheless, I believe that at least some of you will find it interesting and perhaps ultimately even liberating or useful.

The theory is this: When powerful people use their advantage to engage in new involuntary transfers of wealth or safety or freedom from those too weak to defend themselves, the winners are almost always forced to create an idealism as a cover for their siphoning. In simpler terms, these idealisms are actually cover stories or bespoke fig leaves, which almost exactly fit the extraction, or taking, that they are tailored to mask. Once this is understood, we realized that to test this theory, each wave of idealism would have to be matched to a highly specific effective confession for an injustice that pervaded the era in which it was found.

This concept of idealism as disguising theft is, of course, an upsetting cognitive shift. It is, therefore, naturally initially difficult to come to see the waves of idealism that characterized each era that we have lived through, not as the best of our aspirations for a better world, but rather as the photographic negative of the greed of our own ruling classes. For example, the idealism of United States competitiveness was everywhere in the 1980s and early to mid 1990s. At that time, it seemed to be about the need for all Americans to pull together and get back into fighting shape as a country. Looking below the surface, however, it was not really about the need of managers, owners and workers to pull together through shared austerity to reinvigorate American industry. Rather, it was a false idealism that instructed organized American labor to give up hard won gains that were then not matched by comparable sacrifices from the other groups. Once the United States labor had been sufficiently humbled and attenuated in its power by the mid 1990s, the drumbeat of patriotic competitiveness gateway to the post national Davos idealism of a world without borders, singing the praises of financial inclusion, trade, immigration, and philanthropy.

With the model and sentiments of 1985’s “We are the World” as its anthem, the purpose of the post national movement was not to include those overseas, but instead to allow the wealthy of the industrialized world to break the bonds with their fellow citizens of the working class, and to access cheaper labor pools abroad using far-flung supply chains. Likewise, the idealism of so-called constructive engagement with governments like communist China’s would be seen through this lens as the rationalization for ignoring issues of human rights and strategic risk in such a way as to benefit economically in the short term while selling out American interests in the long term.

Meanwhile, back home in the States, the techno-utopian perspective that arose to dominate the Bay Area of California held that information just wants to be free, and that now transparency is king because privacy is dead. Perversely, as you would expect in this theory, this hippie dippie sounding digital vision is exactly what ushered in the surveillance economy, as the platform’s became not windows, but half silvered mirrors through which the social media barons learned every intimate detail about their users. These startups-turned-techno-behemoths turn the most intimate personal details of our private lives into their proprietary business data, which was as far from free or transparent as one could possibly imagine. The idealism of gender and identity, too, fits this exact pattern. Second wave feminism seemed to be about recognizing the intrinsic worth of women in the workforce, but it may also be seen as an employer’s dream to push out the labor supply curve in such a way as to make the previous single-breadwinner household require a second income just to keep pace. The politics of identity, which caught fire in the wake of the 2010 Colorado senate upset, are explained largely by economist Pia Malaney’s theory that identity is the cheapest substitute for the labour voting bloc, which demanded far more significant economic concessions.

More bizarrely, the strange media ritual of pointing the finger of Islamophobia at anyone who dares ask about a mass murder, in which the killer triumphantly shouts Allahu Akbar, admits bloody and sadistic mayhem, may well be about protecting transfer payments from oil-rich monarchies, while the official admonition to see the nicob, hijab, burqa and clitorectomy predominantly as ethnic differences, or symbols of female liberation, is so absurd as to go a long way towards establishing the need for some theory as this to fill the space.

The left leaning idealism of making housing affordable for all that too many bad loans that inflated the housing bubble, while the right leaning on Randy and idealism of self regulating markets, practice by Alan Greenspan, allowed the banks to privatize gains, while socializing the risks and losses. The Giving Pledge, too, may well be an attempt to keep governments from clawing back unpaid taxes from carefully sheltered fortunes or establishing wealth and asset taxes in a period of radical inequality.

In this sense, It can be seen as something of a bargain. If I promise to screw over my own children for charity, I hope that you will leave me alone and unquestioned to enjoy my vast and carefully sheltered wealth while I’m alive. And, as we’ve just seen with the Biden endorsements from speaker Nancy Pelosi, Senator Kirsten Gillibrand, and former senator Hillary Clinton, the Me Too movement appears to be less about sexual assault, and more about adding a tool for extra judicial vigilantism, which can be wielded selectively or kept sheathed, according to taste. Suffice it to say that #BelieveAllWomen has now given way to #BelieveConvenientWomen.

So, you may ask, why bring this up now?

Well, in my opinion, what we need now is someone who is not part of any of the official idealisms. Of course, that would have sounded quite weird in isolation if I had simply said that we need an anti-utopian to lead us. Wouldn’t we want someone of vision, a dreamer, doer, or hybrid to point the way?

No, we want someone who is not signed on for any of these horrible anti-patriotic charades from either party. Someone who never believed in free trade, free markets, post nationalism, housing for all, deregulation, competitiveness, etc, etc. We need someone who was not close with Jeffrey Epstein, and who does not possess significant financial relationships abroad. Additionally, somewhat alienated by both the hardline pro-life and pro-choice perspectives would be perfect for where most Americans are today.

Since the time of Nixon, we’ve been in an era of predatory idealism with our best impulses used against us, from both right and left. It is now time to get back to the hard work of cleaning up from two disastrous generations of failed business people, politicians, reporters, and professors. And perhaps most importantly, we need to flush our dependence on near totalitarian Communist China out of our system before it is too late.

So I will leave you with this thought: One of the false idealisms that I’ve held back is the fight against ageism. The current seniors in firm control of our world benefited immensely from mandatory retirement policies for their elders and a general sense that used to be common. This was that-long term policy should be made by those who will have to live for many years in the world that they will create. By 2009, when Joe Biden, for example, left the Senate to become Vice President, he was already quite advanced as the fourth most senior senator at the time. But he had actually been a senator at that point for 37 years since 1972, when he was first elected at the age of 29. As luck would have it, this is almost exactly the year in which wages suddenly mysteriously stagnated, after 25 or so magical years of post war, technologically-led growth. This stagnation is what ushered in all of the false idealisms that we have discussed here previously.

We need young and dynamic people again to reinvigorate our society, but 50 years of fake idealisms have now piled up to create an unequal nation that cannot be explained by productivity. Most all of our idealisms have been poisonous, and from both left and right. In that, at least, we have been relentlessly bipartisan for almost 50 years.

The Portal Podcast #035: Balaji Srinivasan – The Heretic & The Virus